Drink Your Coffee Without The Dash Of Guilt

Explore Coffee With Conscience for useful information, news and tips so that you can indulge your love of coffee guilt free. 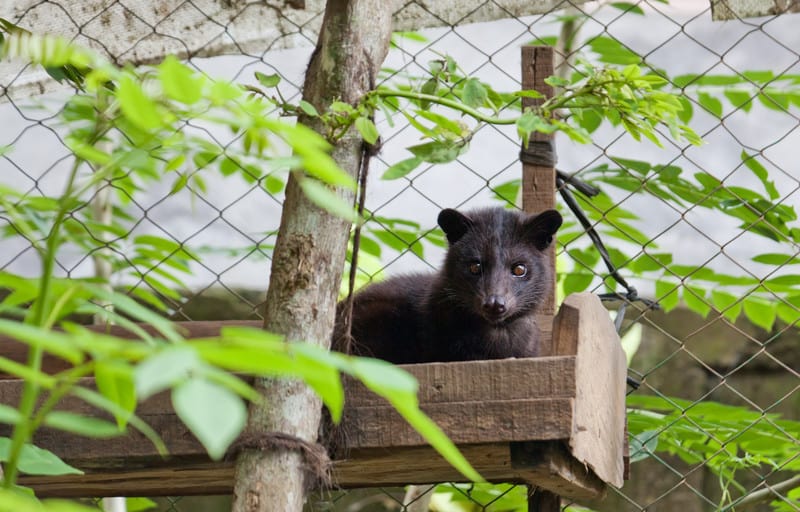 If you are looking to splash out on a real luxury commodity then there are some extremely high end coffee’s out there that are sure to impress. Although, if some of the price tags don’t put you off, the way in which some of these luxury coffees are produced just might be the deciding factor for you!

How much? Around £45 per pound

About Molokai coffee: Hawaii is the only US state that has the right growing conditions for the cultivation of coffee, this means that Molokai has a blend of flavours that are difficult to come by, providing a robust coffee with blackberry and chocolate notes. The producers use both a wet and dry process, producing only two kind of coffee in very small batches, there are only a few other farms in the world that use the processes in these ways. Molokai coffee is organic so it isn’t produced using synthetic ingredients which is better for the workers on the estates (as they are not subject to harmful pesticides which may damage their health) and it’s better for the environment than a non-organic coffee.

About Finca El Injerto: This coffee is produced by a father son duo who are highly committed to upholding good environmental practices. They are an exceptional example of how coffee producers could work, building micro-hydropower plants, tortilla factories, schools, clinics and the list goes on. Looking for guilt free coffee? Finca El Injerto should definitely hit your top five as it’s managed to work its way on to the TOP 5 Coffees in the world list and the estate where it is grown is carbon neutral, the first one of its kind in Guatemala. Education is high on the priority list with many of the pickers at the estate working their way up in the company. El Injerto also educate local farmers about sustainability so that others can benefit from their years of experience in this field. And, if you hadn’t already assumed this, Finca El Injerto is award winning, there’s a fair few trophy’s on the estates mantel piece but it wins the Guatemala’s Cup of Excellence award year on year. Seems like a cup of coffee worth that little bit extra.

How much? You’re looking at about £120 per pound on this one.

About Ospina coffee: This coffee is another real family based company and is now headed up by a member of the fifth generation of the Ospina family. The estate only produces coffee from Arabica Typica beans which are a crop that requires a lot of attention and very specific production methods. Arabica Typica beans are best to be shade grown and this farm has the excellent benefit of a rainforest canopy for their crops. This method of growing has a better effect on the local environment than some other methods and Ospina is also certified Fair Trade, meaning that it adheres to rules around good living conditions and wages for its workers.

Where?  The Indonesian archipelago

About Kopi Luwak coffee: Also known as civet cat coffee, is produced with coffee cherries that have been part digested by a cat like animal from Indonesia (a Civet), which are collected from the animals droppings. In its original form this type of coffee is not really viable crop, it’s a difficult process and its popularity has seen the production becoming much less ‘wild and free’ and has started to lean towards cruel and inhumane so if you want a coffee that shouts bling, this is probably the one you’re looking for but be careful where you get it from and try to ensure it is as ethically sourced as possible from a genuine supplier.

How much?  Also around £480 pounds per pound

About Black Ivory Coffee: Also like the Kopi Luwak coffee bean, this coffee is produced using animal droppings, but this time the coffee cherries have been digested by elephants! Unlike the Indonesian Civet, elephants are herbivores and therefor the process results in a very different but equally unique tasting blend. If you don’t want pangs of guilt about animal welfare in the production of your coffee then as this is naturally refined it’s important to check the ethics of the company at the source of the bean in order to ensure only producers who have the health of the animal and maintain their best interests are chosen as suppliers.